Android 10 introduced a new way to navigate on your phone. Instead of three buttons at the bottom, gesture navigation lets you swipe through your apps. Most phone manufacturers (Samsung, Google, OnePlus) added support for third-party launchers, but not all. 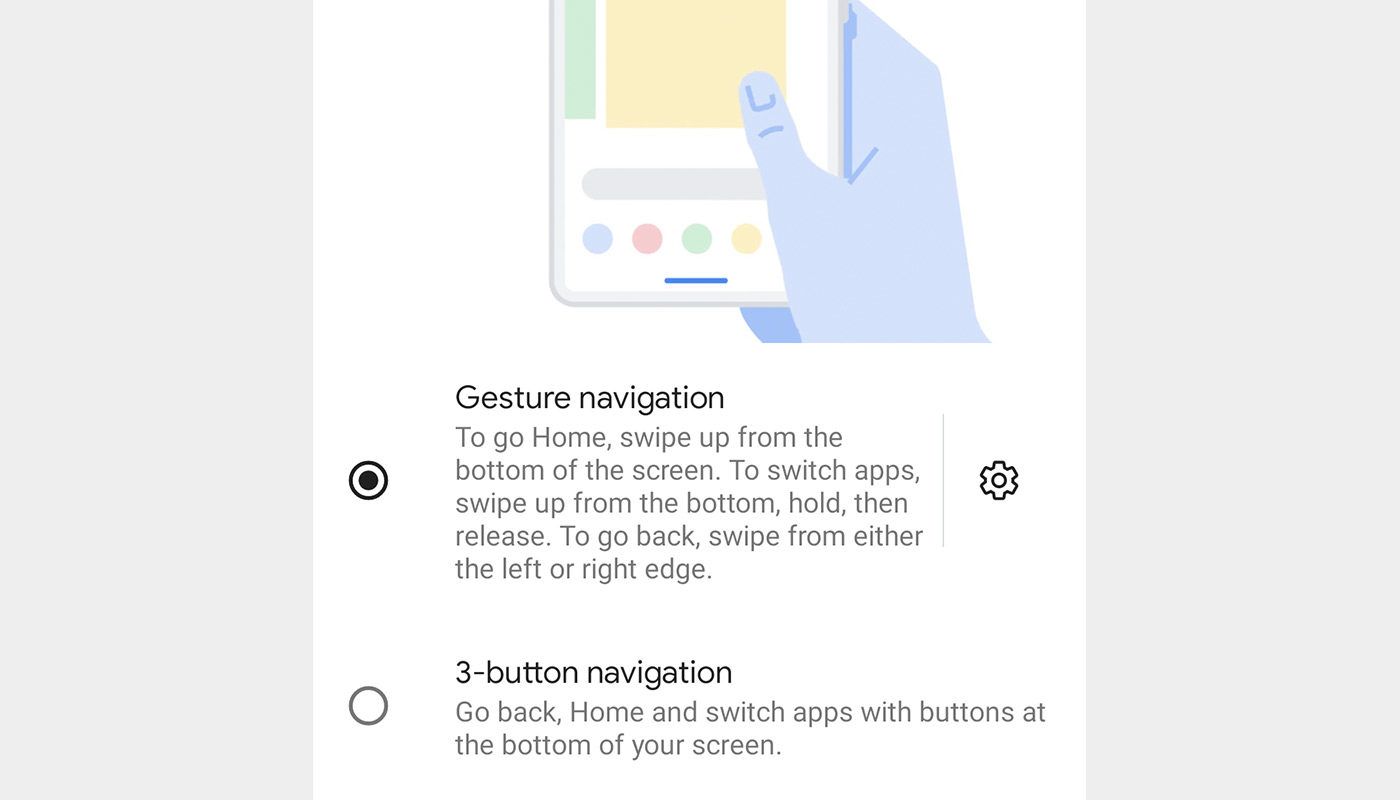 On older Android 10 versions, gesture navigation is generally disabled for third-party launchers (like Niagara Launcher). We can't change this, unfortunately. In this case, you have to wait until you get a software update. However, you can download these apps to get a similar feel as gesture navigation on any Android version. Moreover, you could try the following ADB command to force it on: adb shell cmd overlay enable com.android.internal.systemui.navbar.gestural (use at your own risk).

But Android states Niagara Launcher doesn’t support gestures, not the other way around. 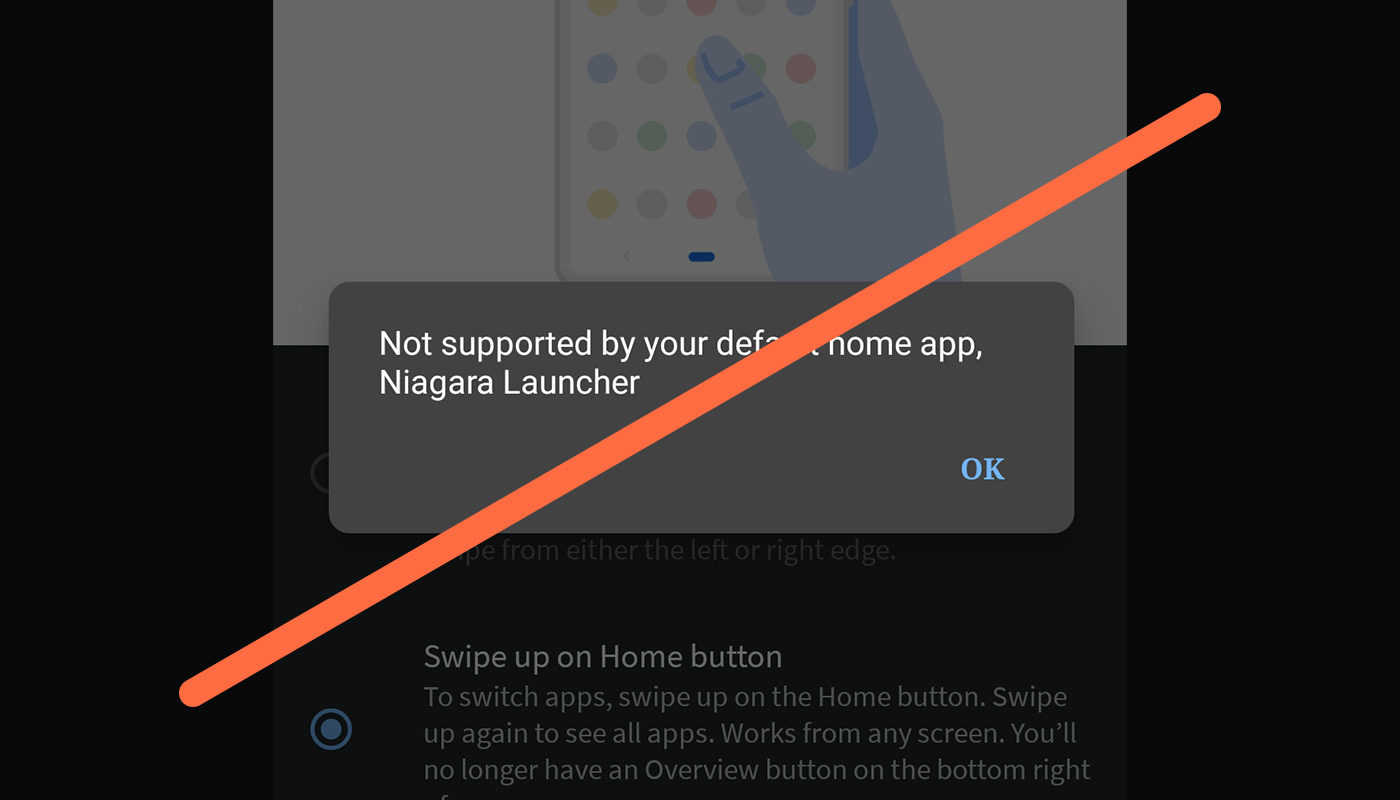 The message you see above is misleading. It's your system that doesn't allow the launcher to use gestures. Other launcher developers are also writing about this:

The reality is, Android disabled gesture navigation for third-party launchers on the first builds on Android 10 because the developer team struggled with lots of bugs:

Custom launchers are another area where we’ve heard feedback and we’re continuing to work on issues, particularly with stability and Recents. Starting in Beta 6, we’ll switch users to 3-button navigation when they are using a custom launcher by default. We’ll address the remaining issues in a post-launch update allowing all users to switch to gestural navigation. [Source]

In December 2019, Google released a patch that allows gesture navigation to work with third-party launchers. Your phone manufacturer needs to integrate this patch into their codebase.

This is caused by the implementation of the system launcher. It also takes care of handling gesture navigation for third-party launchers. If the gestures are not working as expected, a device restart might already help. We have to wait for the Android team and OEMs to fix these gesture navigation issues, and we and other third-party launcher devs are trying as much as we can to support them by submitting bug reports to the official Android issue tracker. Please star the issues if they affect you as well:

Yes, but only if you're using a Pixel phone. We’re using a brand new API that is currently  only supported by Google Pixel phones and a few stock Android 11/12 devices for animating closed apps. As of now, no other phone manufacturer offers a similar API.

We cannot support app-open-animations (example). However, animating only from the icon when opening the app wouldn't make sense because most users launch apps by tapping on its name and not on its icon.

The app close animation left an icon stuck on my screen. 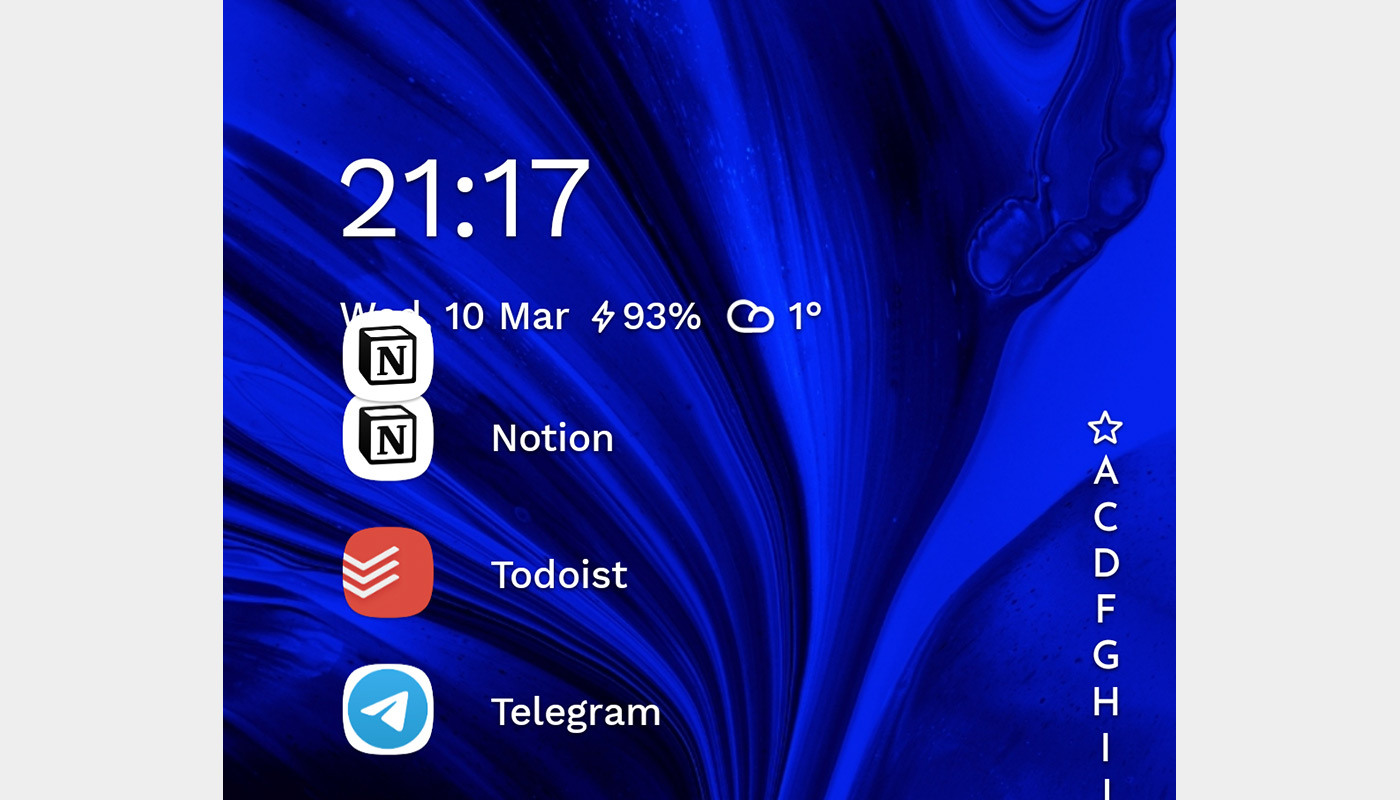 This is a known bug that can happen when you tap anywhere on the home screen before the animation ends. The bug goes away after launching any app. We're currently investigating what's the root cause of that glitch.

Update: This bug seems to be caused by the gesture animation API from Launcher3. Please star this issue to encourage Google to fix the bug: Issue #194427611.

Gesture navigation and Android's recents screen (where you see all opened apps) are always controlled by a submodule of the pre-installed launcher, not by third-party launchers (like Niagara Launcher). As a result, gesture navigation may behave differently in combination with third-party launchers than with your preinstalled launcher because two apps are responsible for the home screen and navigation. You can read more in our dedicated article.

Unfortunately not. Niagara Launcher isn't based on Launcher3 (the reference Launcher implementation in Android). Thus it would be very time-consuming to implement and would only work for a tiny part of the user base. That's why we decided against supporting it.