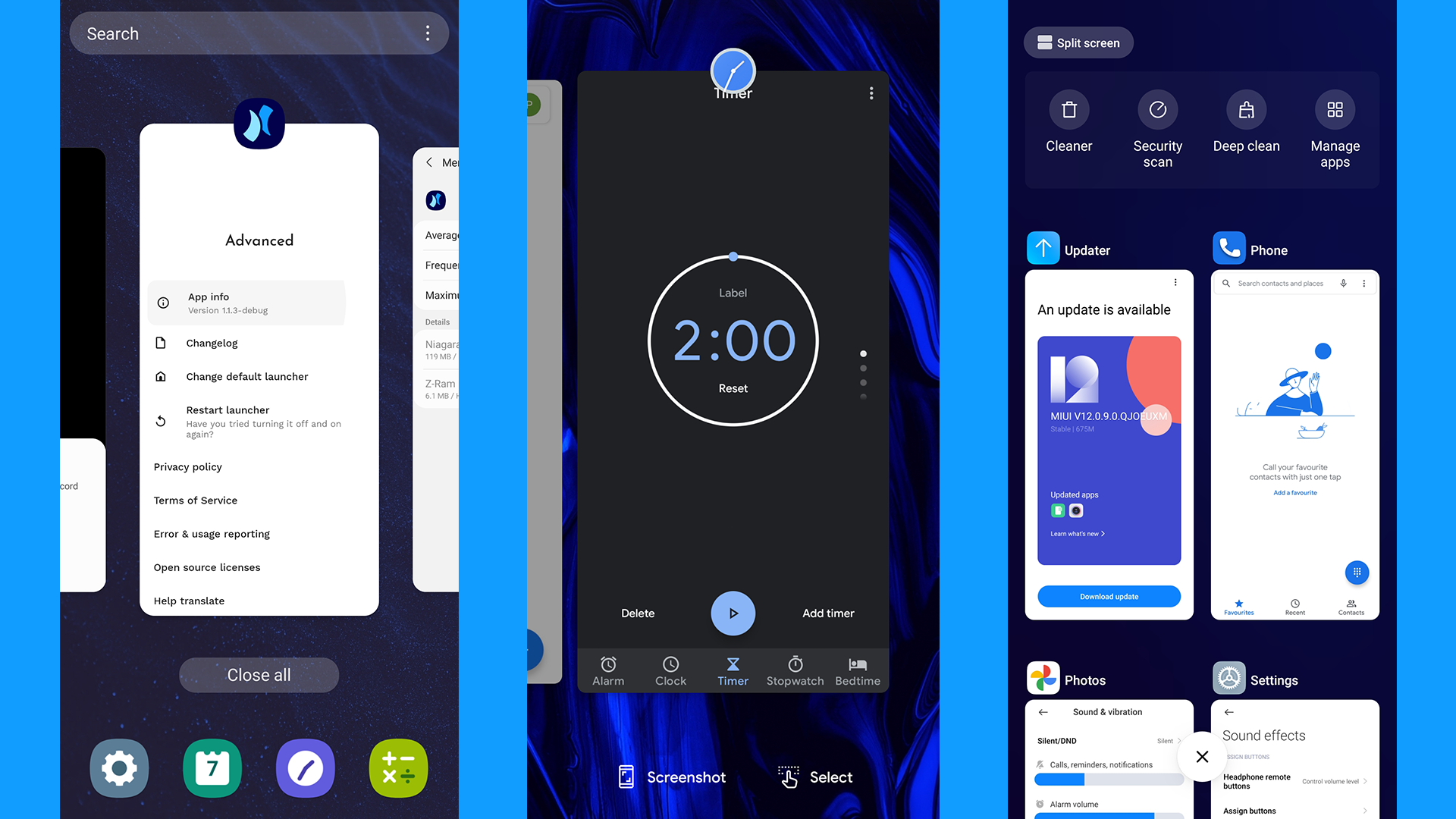 What if Android's recent apps screen behaves differently compared to the preinstalled launcher?

If there are any issues on Android's recent apps screen (where you see all opened apps), unfortunately, we cannot solve them because third-party launchers cannot provide their own recent apps screen. However, a device restart might fix the issue.

Gesture navigation and Android's recent apps screen are always controlled by a submodule of the preinstalled launcher, not by third-party launchers (like Niagara Launcher). As a result, they may behave differently in combination with third-party launchers than with your preinstalled launcher because two apps are responsible for the home screen and navigation.

You can also install another third-party launcher (e.g., Nova Launcher or Microsoft Launcher), and you'll notice that they're running into the same issues as Niagara Launcher.

When you swipe up from the bottom and Android's recents screen doesn't open, hold your finger on the screen for one second after swiping up. The delay is from Samsung, not us; they added it to all third-party launchers. We assume they added the delay because some launchers react to the "home button press" action (e.g., to open app search), which is easier for the user to trigger that way.

I cannot dismiss the recents screen

There's a bug from Android that doesn't let you close the recents screen by tapping on the background. You can only dismiss it by swiping back / tapping the back button. We filed a bug report on Google's issue tracker. Please star it if it affects you as well: https://issuetracker.google.com/u/4/issues/224990748.

This bug is also caused by Android, unfortunately. Our friends at Nova Launcher have filled out a bug report on Google's issue tracker. Please star it if it affects you as well: https://issuetracker.google.com/issues/220178612.