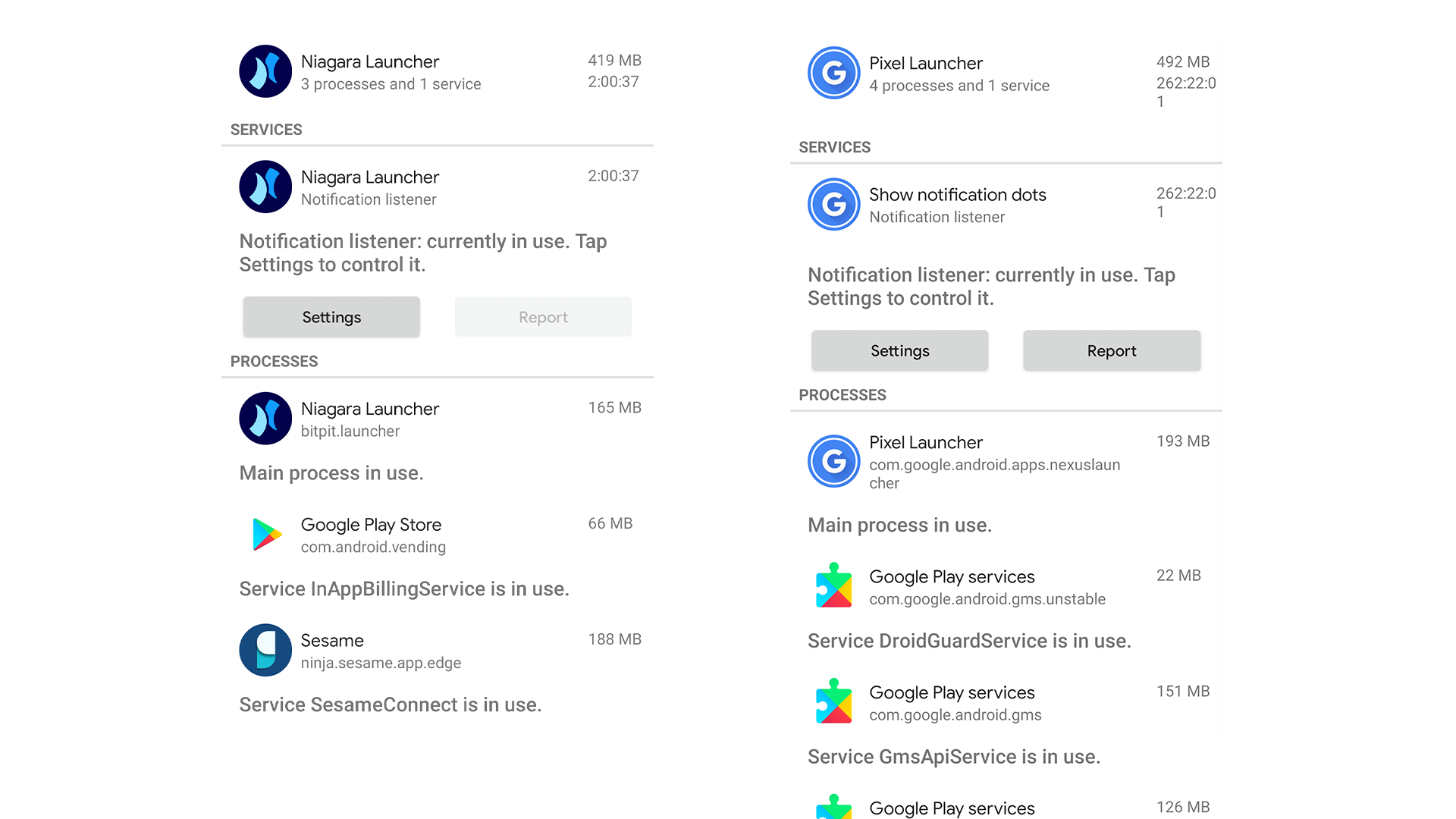 Over 300 MB could be too much for just one app (depending on the type of app). But the screen summarizes the memory usage of several services that Niagara Launcher uses, but not part of Niagara Launcher. For example, The gms.service does not run exclusively for Niagara Launcher. Instead, it shows only up under the app that has the highest priority. If you disable notification dots for Niagara and have them enabled on another third-launcher (Pixel Launcher, for example), the service will appear there (we tested that with other launchers as well). It’s the same service, and it will run with or without Niagara Launcher. So, don’t worry, it’s just confusingly displayed.

I found some helpful information on GitHub ( shadowsocks/shadowsocks-android, Issue #1708):

I wouldn't worry too much about it. I did a dumpsys and MeasurementBrokerService which is held by com.google.android.gms is bound to 10 different apps. It's showing up in Shadowsocks because Shadowsocks's VPN service is a foreground service and bound to system, and therefore it has the highest priority. If you turn off Shadowsocks, you should be able to observe that com.google.android.gms now appears under some other app's memory usage (for me it's Nova Launcher). Shadowsocks VPN service itself contributes a very moderate extra memory footprint (<<5MB) for this service and that 100MB is the total memory held by that process.

To sum it up, there is no problem there, and you can ignore that high number. It’s not representing the memory usage of Niagara Launcher.